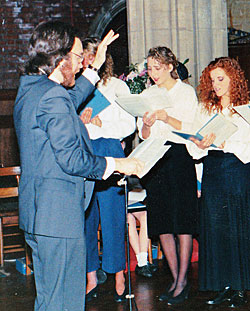 Guy was born in Harare, Zimbabwe in 1950. He came to England in 1955 and went to schools in Eastbourne, East Sussex. While there he started learning piano, and later trombone. His first major trombone solo was in Copland’s John Henry in the school orchestra, and in July 1967 he came 2nd in a piano competition performing Schoenberg’s Sechs Kleine Klavierstucke. 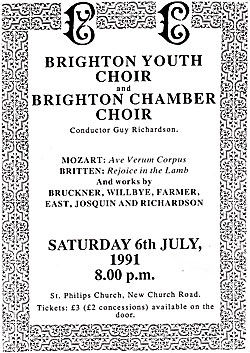 He then moved to London, where he taught music in Tulse Hill School from January 1973-July 1976. While there he wrote music for a production based on Shakespeare’s The Tempest and called The Caribbean Tempest. His score was praised by Peter Fanning of The Times Educational Supplement. The production was later taken on tour of Cambridge and Derbyshire and to Berlin in 1978 and some of the music broadcast on the BBC World Service.

During this first spell in London he sang with the specialist chamber choir Collegium Musicum, and had a brief spell playing in the Wimbledon Symphony Orchestra. In August 1976 he went with the Brixton Players to the Edinburgh Fringe playing trombone in a production of The Boyfriend.

He then took a break from London and went to do an MA course on American Music and Literature at Keele University in Staffordshire 1976-7. He took advantage of the university’s sound archive exploring early recordings of blues singers and jazz instrumentals, and worked on a thesis on the music and writings of Charles Ives.

On his return to London, he spent two years as Head of Music at Acland Burghley School in North London. While there he wrote incidental music for another Tulse Hill production based on the Oresteian Trilogy by Aeschyllus, whose music was again described by Peter Fanning in the TLS as ‘the great mainstay of the production, rippling, threatening and hewing its way through the plot with brass, woodwind and an army of percussion’. 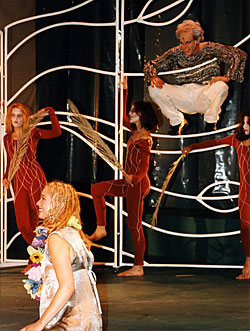 He then moved to Brighton in 1979 to teach piano in two schools and privately, and to compose. In October 1981 he put on a production of The Tempest in The Wagner Hall, returning to Shakespeare’s original dialogue, having added some new songs. Under the headline ‘Guy scores a hit’ it was described in Brighton and Hove Gazette as being ‘quite remarkable……of compelling quality and an imaginative use of almost every kind of percussion instrument’. He put on a second production at The Sallis Benney Theatre in the Brighton Festival in 1982.

He rejoined the Brighton Festival Chorus and went with them to Athens to sing in memorable performances of Britten’s War Requiem and Beethoven’s 9th under starlit skies in Herod Atticus amphitheatre.

In 1987 he took over as conductor the Brighton Youth Choir, a post he held until 1998. The choir entered the Worthing Festival in 1989 winning two cups, and a cup in the Brighton and Hove Competitive Music Festival in 1994 with one of the many works he wrote for the choir, several of them based on environmental themes.

He also gave several first performances with the choir of works by contemporary composers, as well as concerts in aid of various charities including Friends of the Earth and Carousel.

Also in 1987 he formed together with some friends an informal singing group, initially to perform at CND gatherings, at one of which, together with a group of instrumentalists, they marched down Brighton seafront performing one of Guy’s peace songs to the applause of the onlookers! The group to this day still meets fortnightly to sing together, the repertoire having expanded to include madrigals, spirituals, African songs and Bruckner motets, amongst other things.

In 1990 he founded the Brighton Chamber Choir, and the following year the Brighton Chamber Orchestra, with the purpose of performing new works, especially by Sussex based composers, as well as works from the standard repertoire. In this year he also visited Sweden on an invitation to conduct the Krokoms Orchestra. The concert included Mozart’s 12th Piano Concerto and 25th Symphony, and Beethoven’s Egmont Overture.

In 1997 he put on a new production of his music theatre piece based on the Tempest, now calling it The Strangest of Islands, with additional songs and using the Brighton Chamber Orchestra. Again with additional music, he gave a concert performance in the Brighton Festival the following year.

In April 1999 he went on a holiday to South Africa, and the overwhelming impression of seeing Table Mountain inspired his first work for full orchestra, Rondo and Scherzos.

In 2001 he was commissioned by Brighton Museum & Art Gallery to write a piece to celebrate the re-opening of the museum and gallery after a closure of two years for refurbishment. The piece, named Portraits, was performed at two private views on April 29th and May 2nd 2002.

From 2007-10 he was secretary of New Music Brighton, a confederation of composers based in the Sussex area of which he has been a member since its inception, and through which he has had several works performed. 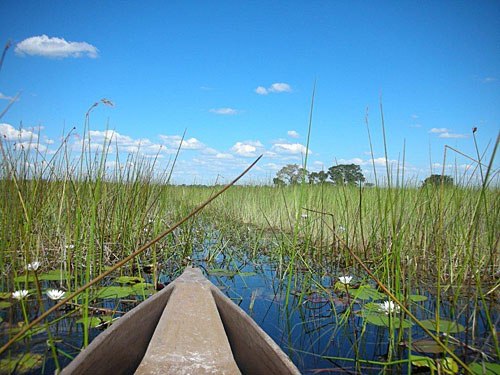 In April 2010 he made his third visit to South Africa travelling up through Namibia. A boat trip on the Okhavango Delta in Botswana became a source of inspiration for a new commission for a violin sonatina, for which he gave the title Mokora, after the name for the wooden canoes used in the Okhavango Delta.

He currently is on the committees of Music and Wine at St. Luke’s, helping select performers for the series; of Strings Attached, an organisation promoting the performance of chamber music in the area; and the composition section of Springboard.

Since Nov 2015 he has been Chair of New Music Brighton.